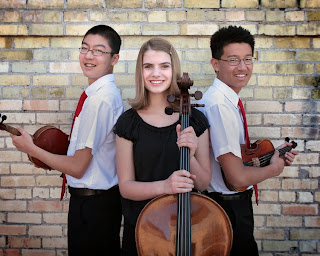 The RED Trio is made up of 17-year-old Logan High School students Raymond Li (viola), Emma Cardon (cello), and David Kim (violin).  This dynamic ensemble has been performing together since 2010.  They have won numerous awards and competitions. Past performances include:  Logan Tabernacle Summer and Christmas Concert Series; USU “Grand Gala” in 2013; Logan Summerfest; Utah Festival Opera & Musical Theatre Green Show; "Logan's Rising Stars" Concert; Utah ASTA conference; and the Cache Valley ASTA Solo/Ensemble Festivals and Honors Recitals.  They have played on master classes coached by the Fry Street Quartet and the Carducci Quartet (U.K.).  For this concert, The RED Trio will perform music by Dohnányi, Pleyel, and a variety of other composers, as well as a new arrangement by Emma Cardon. 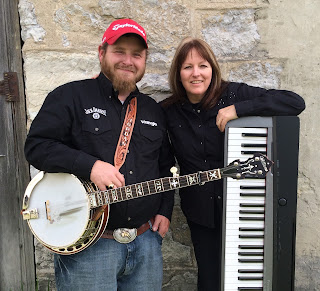 Lezlee Monroe and Jordan Snow will get us toe tapping as they share bluegrass, pop and original music.  Lezlee is a Logan native who is now working on her ninth album of original music.  She teaches and coaches songwriting, voice and piano-by-ear.  Most of her now-adult children are singer/songwriters.

Jordan Snow grew up in Cache Valley where he has taken 1st place in the Utah State banjo competition several years in a row.  Lezlee was Jordan's step mother for 5 years and encouraged Jordan to come out to play banjo in public when she saw the depth of his talent. He has played with a number of celebrity players including Earl Scruggs (composer of The Beverly Hillbillies song). 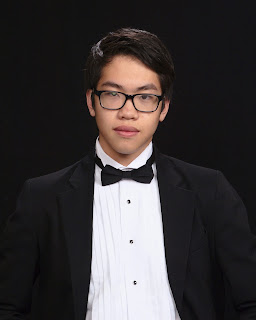 Trenton H. Chang, 18, was born in Minneapolis, Minnesota. His parents are originally from Taiwan, R.O.C. Trenton began piano lessons when he was 5 years old. Currently, he studies with Professor Gary Amano. Since he began piano, he has won numerous competitions in the region and statewide. He has performed with the Utah Symphony in the 2009, 2011, and 2015 editions of Salute to Youth, becoming the first pianist to solo three times in the series since 1990.

Trenton is a two-time recipient of the Chopin Foundation of the U.S. Scholarship (2014 and 2015). In 2016, he was named the State Sterling Scholar in Instrumental Music. He graduated from Logan High School in 2016. He was involved in many extracurriculars at his school and was also the president of the Logan High Debate team and the editor-in-chief of the school newspaper. 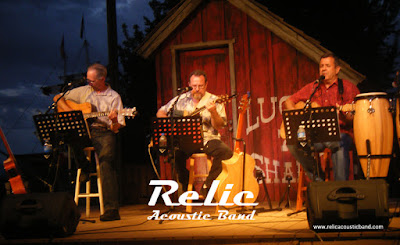 They have been playing together for the last 15 years.  Their informal, easygoing interactions with the audience and enjoyable, familiar songs make them one of the most popular performing groups each year at the Tabernacle.  With three guitars and three voices, they paint a musical landscape with intricate harmonies.

Spontaneous song selections made without a pre-planned set list are part of the fun, but they are sure to be songs that everyone remembers and loves from the “golden era” of popular music.  Not to be missed!

Come and see a group of talented young performers as they present a night of Broadway magic, some some beloved musical theater, and showtunes classics. This group, directed by Chase Petersen will remind you that there's no business like show business to make you laugh, cry, or smile ear to ear as you enjoy this performance of "A Night on Broadway"!

Posted by tabernacleconcerts@gmail.com at 12:11 PM