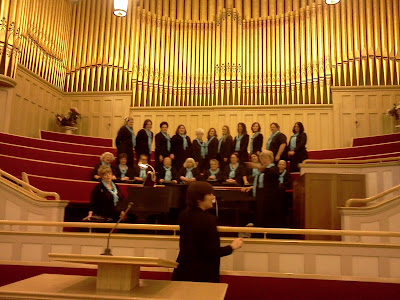 Formed in the 1930's by Professor Walter Welti, the Bel Canto Chorus is one of the oldest performing groups in Cache Valley. Their Christmas Concert this year, "Caroling, Caroling" consists of Christmas favorites from the Alfred Burt Collection, the West Indies, France and other familiar Christmas music. Laurel Maughan conducts the chorus with Deanne Vanderford at the piano.  The special guest artist for this concert is organist Ethan Johnson. 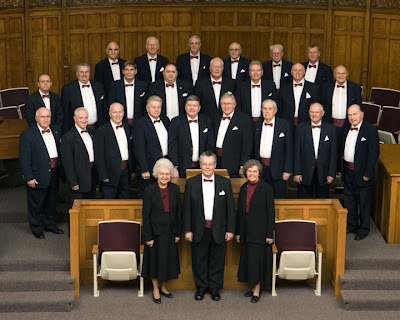 The Imperial Glee Club of Logan, directed by Warren Barton, is one of the oldest independent and continuously performing male choruses in the western United States. Founded in 1916 by a small group of male singers in the Logan Sixth LDS Ward, the Club has grown and maintained a membership of 20-30 men from communities throughout Cache Valley. A staple with the Christmas Concert Series, the Glee Club will perform a variety of Christmas favorites.

The Glee Club will be joined by Quintessence, a woodwind quintet with Ali Bailey, Kelli Richardson, Warren Barton, Laverna Horne, Candice Kempton, DeAnn Johnson, and Dan Stowell.  Most play several woodwind instruments enabling them to share a wide spectrum of tonal colors, and an array of music from folk tunes to the classics.

Director Dr. Robert Frost will lead the orchestra in several seasonal favorites featuring the orchestra, and James Kemp will read a Christmas story. The orchestra will also accompany the audience in a sing-along of favorite Christmas carols. 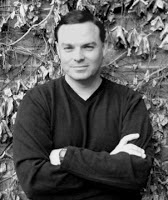 Dr. Cory Evans, Director of Choral Activities at Utah State University is the featured tenor soloist.  Dr. Evans has performed throughout the world with several prominent orchestras and choral ensembles. 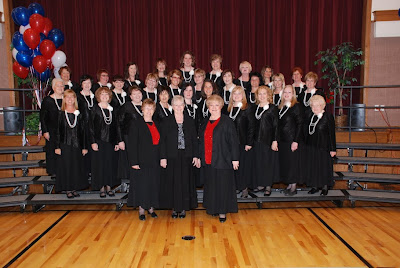 The Bear River Valley Reflections, directed by Beth Lefgren, began in 1975 with six members and one accompanist. Currently with 28 members, the singers for this Community Choir are chosen through audition and represent an area from Thatcher to Portage to Ogden. They have performed throughout Northern Utah including at Temple Square and the Festival of Trees.

Posted by Unknown at 8:32 PM No comments:

Christmas Concert Series 2012
You can print this schedule by clicking on it.
Print only Dec.7 blog to get schedule.
Click on the Performance Groups in the blog below to go to their websites if they have one.

You can also click here to see this week's information in the Cache Magazine about the Concert Series.
Posted by john & Karen Carter at 11:55 PM No comments: