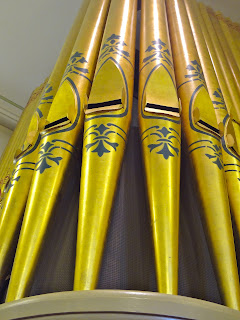 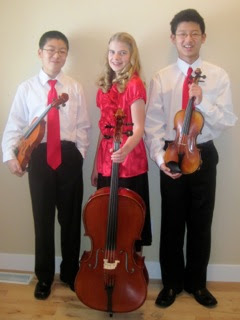 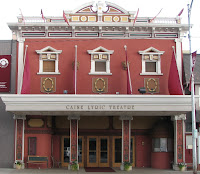 Posted by Unknown at 1:42 PM No comments:

Week EIGHT at the Tabernacle

FREE TOURS of the Tabernacle given
on Mondays and Saturday from 10pm-5pm
and on Tuesday-Friday from 10am- 7pm. 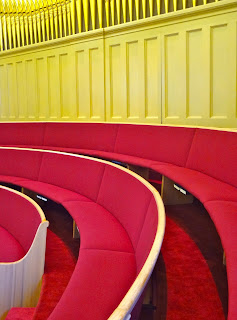 Click to see the HERALD JOURNAL CACHE MAGAZINE  page 6 for information on this week's performers. You can enlarge the magazine by clicking on it. You can also click on the Red names in this post for more information.

Chris Mortensen is an experienced performer. Starting at age 14, he played bass guitar and sang in many cover bands through the years, playing pop, classic rock, country, blues, and jazz. He has written over 50 songs to date. Some of his song lyrics and poems can be seen on cowboypoetry.com, and some of his original songs can be heard on broadjam.com. If you like thoughtfully crafted lyrics put to music, you will enjoy the stories Chris shares through his songs.

They specialize in music from the 20's through the 60's.  Some of the pieces they will sing this year are: Singing in the Rain, Mr. Sandman, Blue Moon
and Boogie Woogie Bugle Boy. For a trip down memory lane, 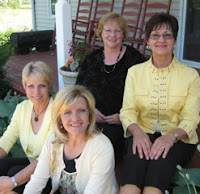 presents previews and vignettes from its three productions - Steel Magnolias, Private Lives, and Big River - in repertory from June 14 through August 18. The OLRC was founded in 1966 by W. Vosco Call, Cache Valley theater patron and former department head of theatre at USU.  This year marks Call's 46th season with the Company.
Click here to find out more about the 2012 Season 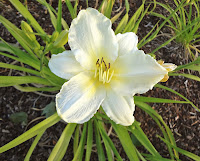 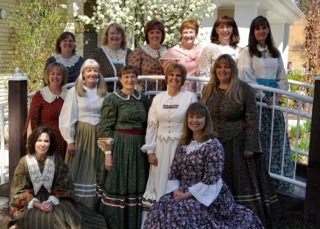 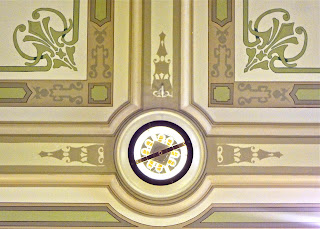 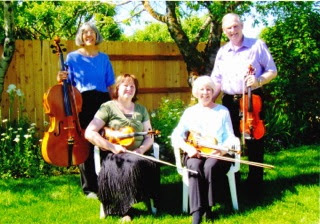 The Con Allegrezza quartet is comprised of local musicians and has been performing in Cache Valley for over 15 years.The current quartet is comprised of  Kathleen Lloyd, 1st violinist, from Smithfield; Linda Kemp, 2nd violinist, from Logan; Robert Frost, violist, from Smithfield; and Kennita Thatcher, cellist, from North Logan.   This year’s program will feature a quartet by Haydn and Mozart and other arranged light classics.

The students of Carolyn Bentley will present a program that will delight, inspire, entertain and soothe. Always a favorite of the Noon Tabernacle series, there will be over 330 strings vibrating and filling the Tabernacle with their unique and brilliant sounds.
The students are Naomi Clements, Katie Anderson, Samantha Loosli, Sarah Johnson, Sasha Murray Beorchia, Caitlin Johnson, Katie McGregor 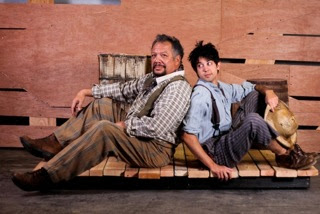 The Old Lyric Repertory Company presents previews and vignettes from its three productions - Steel Magnolias, Private Lives, and Big River - in repertory from June 14 through August 18. The OLRC was founded in 1966 by W. Vosco Call, Cache Valley theater patron and former department head of theatre at USU.  This year marks Call's 46th season with the Company. 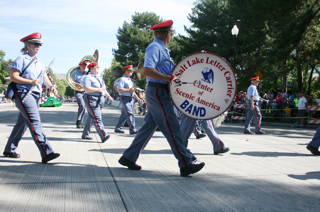 The Salt Lake City Letter Carriers band was organized around 1950 to play for the National Letter Carriers Conventions every other year. They were invited to play for the conventions in Hawaii, New Orleans, Philadelphia, Atlantic City, and many other States. Today, under the direction of Steve Talbot and Allan Cook, the 38 volunteer musicians of the band continue the wonderful traditions that were established so many years ago. Their concert will cover a wide range of music including popular marches and show tunes.  This will be a great show to bring the whole family to.

Posted by Unknown at 4:25 PM No comments: