12:00 Noon
Performances are free and open to the public
Come and enjoy!

Singers and instrumentalists from the Utah Festival Opera & Musical Theatre will perform their favorite music in addition to some of this year’s productions.  For more information, go to www.utahfestival.org/. 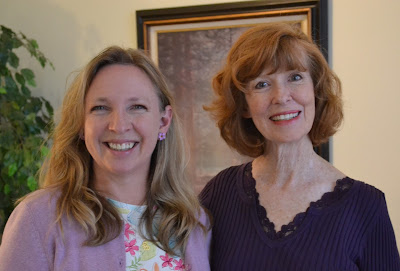 Soprano Susan Baker and accompanist Lisa Budge will delight you with songs from the Broadway theatre, including "My Fair Lady", "West Side Story " and  "South Pacific".  These will be followed by familiar and beautiful classical arias by George Gershwin, Giacomo Puccini and other wonderful composers.

Susan Baker performed for many years in Southern California in both musical theater and opera.  She has sung opera internationally, including the role of Musetta in “La Boheme” with the Chinese National Opera, as well as singing the national anthem for the Los Angeles Dodgers and Clippers. She is a graduate of both California State University and USU. She and her family have loved living in Cache Valley for the last eleven years.
Lisa Budge, pianist, received her Bachelor’s degree in Humanities and Music, as well as her Master’s degree in Library Science at BYU. She performs with the American Festival Chorus and enjoyed many years of membership in the Northern Utah Choral Society. 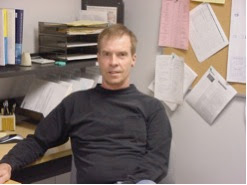 The theme for this performance is “Lovely”, and will feature works with a romantic flavor from Baroque, Romantic and 20th Century composers.
Dr. Harold Heap, known by all as Harry, earned his Bachelor’s Degree in Vocal Performance and Education from the University of Iowa, his Masters in Conducting from Eastern Illinois University, and his Doctorate in Choral Conducting and Literature from the University of Illinois.  He became a church organist at age 12 and has played in churches ever since.  He taught choral music and conducting at several universities including Utah State, Phillips University in Oklahoma, and the University of Wisconsin-Oshkosh.  He returned to Cache Valley, and served as Organist and Choirmaster at St. John’s Episcopal Church here in Logan for 15 years.  He resides in Logan with his wife, Janice, and two daughters Emily and Elizabeth.  He accompanied Emily recently in her concert here in the Tabernacle; he and Elizabeth sing in the American Festival Chorus. 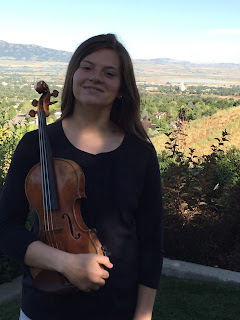 Erika will play a program of classical music from the works of Bach, Beethoven and Brahms with a few lighter pieces.
Erika began her violin studies at age 4 with Jessica Guideri, formerly of the Fry Street Quartet and continued her education with Rebecca McFaul, current member of the Fry Street Quartet. She subsequently studied with Deborah Moench in Salt Lake and is currently studying with Eugene Watanabe. She is a member of the Gifted Music School in Salt Lake.
Erika loves to share music to make people happy. She also enjoys making fancy pastries, playing soccer, traveling and being with family. 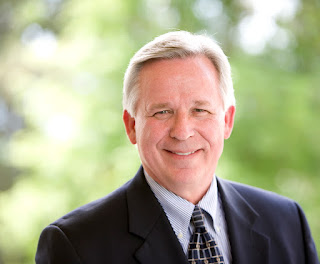 Dr. Craig Jessop will give a presentation of  “The Mormon Tabernacle Choir: An American Musical Legacy” including video and audio clips.

Dr. Jessop is Professor of Music and the founding Dean for the Caine College of the Arts at Utah State University.   These appointments follow Dr. Jessop’s distinguished tenure as music director of the world famous Mormon Tabernacle Choir and Head of the Department of Music at Utah State.    He is the founder and Music Director of the American Festival Chorus and Orchestra and has served as the music director of the Carnegie Hall National High School Choral Festival sponsored by the Weill Institute of Music at Carnegie Hall.   Prior to his appointment with the Tabernacle Choir, Dr. Jessop was a Lieutenant Colonel in the U.S. Air Force music programs.
In recognition of his outstanding contribution to the cultural life of Utah, Dr. Jessop received the 2014 Governor’s Mansion Performing Artist Award bestowed by Governor Gary Herbert, Governor of the State of Utah.   Under his direction, the Tabernacle Choir received numerous awards, including the coveted National Medal of Arts in a ceremony at the White House.   He has recorded over 15 CDs on the Telarc and MTC labels with the Choir and in 2008 received a Grammy nomination for his work with the Mormon Tabernacle Choir and Orchestra at Temple Square.
At the Opening Ceremony of the 2002 Winter Olympic Games in Salt Lake City, Dr. Jessop conducted the Mormon Tabernacle Choir and the Utah Symphony, working with several world-renowned artists.
Dr. Jessop tenure as Music Director of the Mormon Tabernacle Choir and as director of the United States Air Force Singing Sergeants in Washington D.C. has taken him to the most prestigious concert halls of the nation and around the world including Carnegie Hall and Lincoln Center in New York, the Kennedy  Center in Washington, D.C., Royal Albert Hall in London and throughout Europe and Asia. 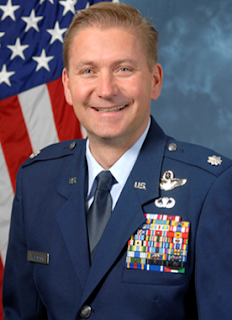 Posted by tabernacleconcerts@gmail.com at 5:16 PM