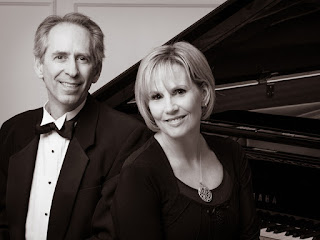 Margie and Irv is a musical duo featuring vocalist Margie Johnson and Irv Nelson at the piano.  They perform classics, standards, and favorites from the past 100 years,  and will be performing music from the 1950s and 1960s for this concert.  They perform for many types of events (private groups, weddings, parties, reunions, etc.) and venues. http://www.margieandirv.com
Margie Johnson began singing in high school as a jazz band vocalist, performed in a soft rock band for several years, and toured with the BYU Young Ambassadors in college as a featured soloist throughout the United States and South America.  For over two decades she was featured as female vocalist for several dance bands performing in the DC metropolitan area.  She has performed at BYU-Hawaii and in regional musical theater performances in the DC area, playing lead roles in many musicals.
Her most memorable musical experience to date was arranging and recording all female character songs for an original musical, “Anasazi”, written by William Strauss.  Margie also has performed with Larry Smith's Big Band and has coached vocals for the Celebrate America show.

Irv Nelson has more than 50 years of piano playing experience, with eight years of classical training. In addition to the piano, he also plays many other keyboard instruments including pipe organs, electric pianos and organs, analog and digital synthesizers, and samplers.  Irv is also a composer, arranger, choral conductor, guitarist, bass player, and vocalist.   In addition to performing with Margie, Irv plays with two bands: “The Fender  Benders” and the “Relic Acoustic Band”.  Nelson teaches accelerated piano, guitar, bass, and vocal lessons at Irv Nelson Music Academy, located in the Thatcher-Young Mansion in downtown Logan. http://irvnelson.com 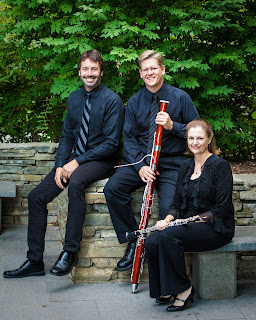 Sundance Trio will perform trios written for oboe, bassoon and piano as well as other works such as “Jesu Joy of Man’s Desiring” by Bach.
The trio was formed in 2005 and consists of oboist Geralyn Giovannetti, bassoonist Christian Smith, and pianist Jed Moss. Giovannetti and Smith are faculty members at Brigham Young University’s School of Music where they also perform together in the resident woodwind quintet, “Orpheus Winds”.  Moss is a much sought-after soloist and collaborative artist.
The trio has performed throughout the United States and the United Kingdom at colleges, chamber music series and at conferences.

The trio has a repertoire of over fifty works and actively seeks to encourage new compositions. In 2007 the Barlow Endowment awarded the Sundance Trio a commission. The resulting work, “Lyric Essay” by Canadian composer, Malcolm Forsyth was premiered at the 2008 International Double Reed Society conference. In 2014 the BYU School of Music commissioned Utah composer, Alyssa Morris to write for the trio. Her composition, “Up and Away” (Story of a Balloon) was recently premiered in New York City as part of the IDRS Conference.
In 2009, the Sundance Trio released their first CD Recording on the Centaur Records label. The CD includes premiere recordings of works by American composers Margi Griebling-Haigh and David Sargent.  The Salt Lake Tribune wrote, “The ensemble is fabulous.  It’s a remarkable collaborative effort by three like-minded musicians who are equals in musicality and technical astuteness.  This is a very fine album, both in the performances and in its conception.”
In 2014, the Sundance Trio released their second CD, “Summer Garden”, on Centaur Records. In 2015 Sundance Trio will mark their tenth anniversary with a third CD recording and concert tours in California and Ireland. 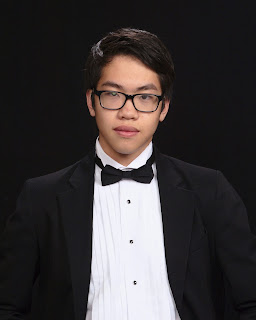 Trenton H. Chang, 17, will play piano selections from various composers including Bach, Chopin, and Rachmaninoff. He was born in Minneapolis; his parents were originally from Taiwan.  Trenton will be a senior at Logan High School next year, and studies piano with Gary Amano.
He has won competitions sponsored by the Utah and National Music Teacher’s associations and has won the Utah Symphony Youth Guild auditions, and has been a frequent winner at the Utah State University Piano Festival, and was awarded First Place at the West Side High School Piano Competition.  He has soloed twice with the Utah Symphony, and made his Carnegie Hall debut last December. His other awards include the Sorenson Legacy Foundation Scholarship and the Chopin Foundation of the U.S. Scholarship.
In addition to piano, he is champion of the statewide Academic Olympiad. As a member of the Logan High Debate team, they won the Utah Debate Coaches Association Speech Arts tournament. He was also a winner at the  Future Business Leaders of America  and Health Occupation Students of America state conferences, qualifying him to attend the national conferences in Chicago and Anaheim this June to compete at a national level. 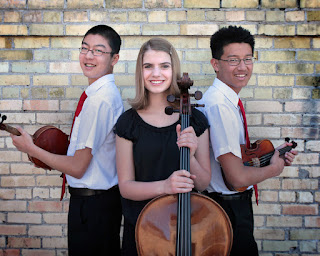 The RED  Trio is made up of 16-year-old Logan High School students Raymond Li (viola), Emma Cardon (cello), and David Kim (violin).  This dynamic ensemble has been performing together since the 6th grade.   For this concert, The RED Trio will perform music by Dvorak, Haydn, Elgar, Bizet, Granados, Joplin, and more.  Informative commentary will accompany their selections.
So far this year, the RED Trio was chosen to perform in a concert with the prizewinning Dover Quartet in March, and in April they won a Superior rating at the state Solo and Ensemble Festival.
Past performances include:  Logan Tabernacle Summer and Christmans Concert Series; USU “Grand Gala” in 2013; Logan Summerfest; Utah Festival Opera & Musical Theatre Green Show; "Logan's Rising Stars" Concert; Utah ASTA conference; and the Cache Valley ASTA Solo/Ensemble Festivals and Honors Recitals.  They have played on master classes coached by the Fry Street Quartet and the Carducci Quartet (U.K.).  The RED Trio also gives concerts at Williamsburg Retirement Community and performs at private functions.  They are coached by Claire Cardon.

Raymond Li started to play the violin when he was six, but switched to viola at age 12.  He was selected to play in the Utah All-State Orchestra in 2014 and 2015.  He participated in 2014 and 2015 Solo and Ensemble Festival and ultimately received a Superior rating.  He studies viola with Brett McAllister and Bradley Ottesen.  He served as the Logan High Concert Orchestra President in 2014 and 2015.  Just coming back from Intel International Science Fairs in Pittsburgh representing Bridgerland Science Fairs, Raymond will be going to Washington, D.C. again to help represent Utah in the 2015 National History Day competition with his historical paper after this week.  When not playing music or drumming his fingers on a computer, Raymond enjoys dancing, doing math, and playing video games with his friends.

Emma Cardon began cello at age eight.  She has received Superior ratings at the state Solo and Ensemble Festival and the Cache Valley ASTA Festival, where she has played on Honors Recitals each year.  She performed with the Utah All-State Orchestra in 2014 and 2015, and is Principal Cellist of the LHS Sinfonia Orchestra.  She studies cello with Anne Francis Bayless.
Emma is also a pianist and has won awards at the USU Piano Festival, the Cache Symphony Orchestra Concerto Competition, the UMTA Piano Concerto Competition, and was a finalist in the 2011 Utah Symphony Salute to Youth Piano Concerto Competition.  Emma began composing at age six, and has won awards in competitions including National YoungArts Foundation, the USU Youth Conservatory, and PTA Reflections and several others.  She recently won the national Olga Klein Nelson composition award.  Emma’s “Chamber Sonata in D Minor” was premiered by Chamber Orchestra Ogden in October 2014, and she conducted the American Festival Orchestra in the premiere of her composition “Faust’s Rag” in October 2013.  This summer Emma will study composition at Brevard Music Institute in North Carolina.

David Kim a sophomore in Logan High School, started playing the violin when he was five years old. He has been selected to perform at the Honors Recitals in the Cache Valley ASTA Competition every year from 2005 to 2015 and was selected as a soloist to perform with the Cache Valley Symphony Orchestra in 2014. David was a finalist in the Junior Division of the 2013 ASTA Utah Solo competition. In spring 2013, David was selected as Concertmaster of the Bridgerland Honors Orchestra. David also was a finalist in the Strings Division of the 2011 Utah Symphony Salute to Youth Concerto Competition. He currently studies under Janice McAllister and Rebecca McFaul, violinists of the Fry Street Quartet. He has helped Dr. Sergio Bernard teach free violin lessons to young children at the St. Thomas Aquinas Church since 2013.

Violist Bradley Ottesen and violinist Rebecca McFaul, together with pianist Jessica Roderer, will present a recital of lively music from the baroque and classical to the 20th century including the works of Bach, Martinu, and Beethoven.  Pianist Roderer will also play a short piano work by Lizst. 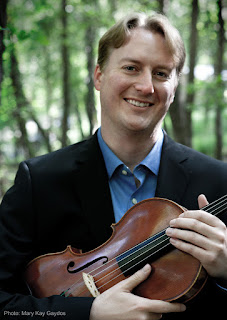 Bradley Ottesen is the violist of the internationally acclaimed Fry Street quartet.  He is currently an Assistant Professor of Professional Practice at Utah State University, and is the current President of the Utah Viola Society. Mr. Ottesen began his studies at the world-renowned Preucil School of Music in Iowa City, IA.  He has earned degrees from Northwestern University and the New England Conservatory, and his principal teachers have included William Preucil, James Dunham, and Peter Slowik, with extensive chamber music studies with Eric Rosenblith and members of the Juilliard, Muir, and Cleveland string quartets.  Prior to joining the Fry Street Quartet, Bradley served as the Assistant Principal Violist with the Calgary Philharmonic Orchestra in Alberta, Canada. 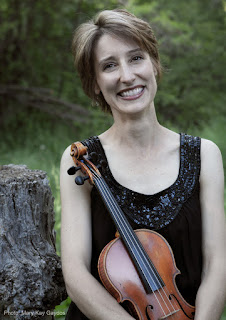 Rebecca McFaul received a B.M. in violin performance from the Oberlin Conservatory as a student of Marilyn MacDonald and continued her studies earning a M.M. in violin performance with Gerardo Ribeiro at Northwestern University. Under the mentorship of Marc Johnson of the Vermeer quartet, Rebecca founded the Fry Street Quartet in 1997. Rebecca is currently an Assistant Professor of Professional Practice at the Caine College of the Arts, Utah State University, as well as a sought-after guest teacher at festivals in this and other countries.


Reviews of her performances has ranged from one of “freedom” and “brilliance” (New York Concert Review)  to one that “glides through with a dancer’s grace” (Charlotte Observer).  Rebecca has toured North and South America, the Balkan States, Austria, the Czech Republic, France, Germany, and Israel as soloist and chamber musician. 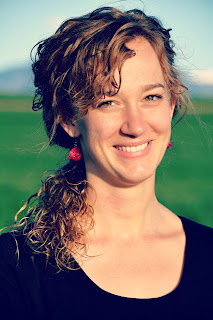 Jessica Roderer regularly appears as a collaborative artist with students and faculty, and performed as soloist with the USU Symphony Orchestra last November after winning the alumni concerto competition. Jessica is a composer and arranger for the “Opera By Children” outreach program and she co-directs the children’s chorus, both being branches of the Utah Festival Opera and Musical Theatre company.   The Deseret Morning News reported that her performances are “rich in emotion and dramatic passion”.
Ms. Roderer earned her Bachelors from Utah State University under the direction of Gary Amano, and then earned a Masters and Doctorate of Musical Arts in Piano Performance from the University of Southern California where she studied with Norman Krieger.

Posted by tabernacleconcerts@gmail.com at 4:37 PM