You can view or print entire SEASON schedule by clicking on first line under NOTICES to the right. 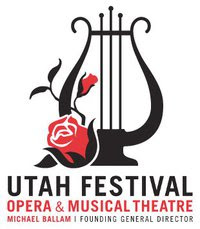 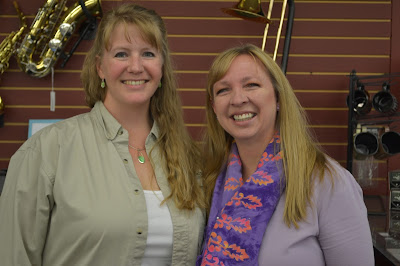 Lauren Shanely and Lisa Budge are delighted to present a musical program of Broadway tunes, sacred favorites and American folk melodies.
Lauren Shanley, soprano, is a voice and piano teacher in River Heights, UT.  Lauren earned her music degrees from California State Univ. Chico in Vocal Performance. She moved here 6 years ago with her family from the Seattle, WA area. She is currently in her 5th season performing with the Utah Festival Opera and Musical Theater Co., has been Adjunct Vocal Faculty at USU, and is the music department manager at The Book Table.
Lisa Budge, alto, currently sings with the American Festival Chorus. She enjoyed many years of membership in the Northern Utah Choral Society and was a charter member of the groups Sisters in Song, and Sweet Harmony.  Lisa is a graduate of BYU, with a Master's degree in Library Science and a BA in Humanites/Music. 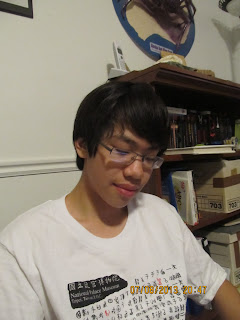 Trenton H. Chang, 15 year-old Piano Virtuoso, will play several classical pieces.  He was born in Minneapolis; his parents came from Taiwan.  When Trenton was nearly 5 years old, he began piano lessons with Rebecca and Ralph Van der Beek. Currently, he studies with Gary Amano. He received the Mini Artist award in the USU Piano Festival at age 5 and continued on to win awards in the USU Piano Festivals each year. At age 8, he won first place in the 2006 UMTA State Concerto Competition. In 2009 and 2011, Trenton was chosen in the Salute to Youth auditions to play with the Utah Symphony at Abravanel Hall. In May 2010, he was invited to perform the entire Mozart concerto No.23, in the Beverly Sorenson Young Artists Concert with Utah Chamber Artists. In October of 2011, Trenton was the winner of the MTNA Utah State Competition. In March 2012, he appeared on NPR’s From the Top. Trenton will be a sophomore at Logan High next fall. He enjoys hiking, traveling, and playing soccer.

Craig Jessop:
“Missa Solemnis” Preview
Click on names in RED for additional information
Hospice Chaplain Don Judd is the Announcer today
Craig Jessop will preview Beethoven’s sacred masterpiece, “Missa Solemnis”.  Dr. Jessop is the Dean of the Caine College of the Arts at Utah State University, Music Director of the American Festival Chorus, and former director of the Mormon Tabernacle Choir.  He will conduct “Missa Solemnis”  on Wednesday Evening, August 7th at the Ellen Eccles Theatre in Logan and the performance will feature the American Festival Chorus, special soloists and the Utah Festival Orchestra. 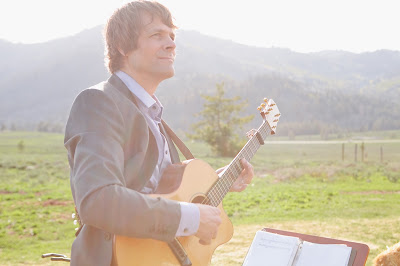 Austin Weyand is a virtuoso acoustic guitarist and entertainer. He will be performing music of some of the most influential acoustic guitarists of our time, telling stories, and having some laughs. Austin also performs original compositions and arrangements.  He has run the gamut of performing situations: playing guitar concertos with symphony orchestras, jazz jam sessions in Chicago, bluegrass and Celtic music on a tour through Europe, a rock band throughout the inter-mountain west, and Spanish Flamenco as a stage guitarist for the U.S. Premiere of “Zorro the Musical”. Austin has written works in different genres, but also personal pieces for his family.  In 2012 he was the Fingerstyle guitar champion in Utah.  With his pianistic approach, he displays melody, harmony, bass lines, even percussion in arrangements and compositions.  Austin received a baccalaureate degree in guitar performance from Utah State University where he studied with Michael Christiansen.  There he received many accolades, including Outstanding Guitarist Award and two-time winner of the USU concerto competition.  He received a masters degree in Guitar from Northern Illinois University where he studied intensively with eclectic classical, jazz, and world music recording artist Fareed Haque.  Austin is a frequent guest artist with high school orchestras performing the Vivaldi guitar concerto in D major.  He has recorded 2 solo albums. For more information, visit his web www.austinweyand.com

The Concert and Lecture Series is sponsored by  Cache Community Connections and is sponsored in part by the RAPZ TAX.  The Church of Jesus Christ of Latter-day Saints allows free use of the Historic Tabernacle.
Posted by Unknown at 2:22 PM