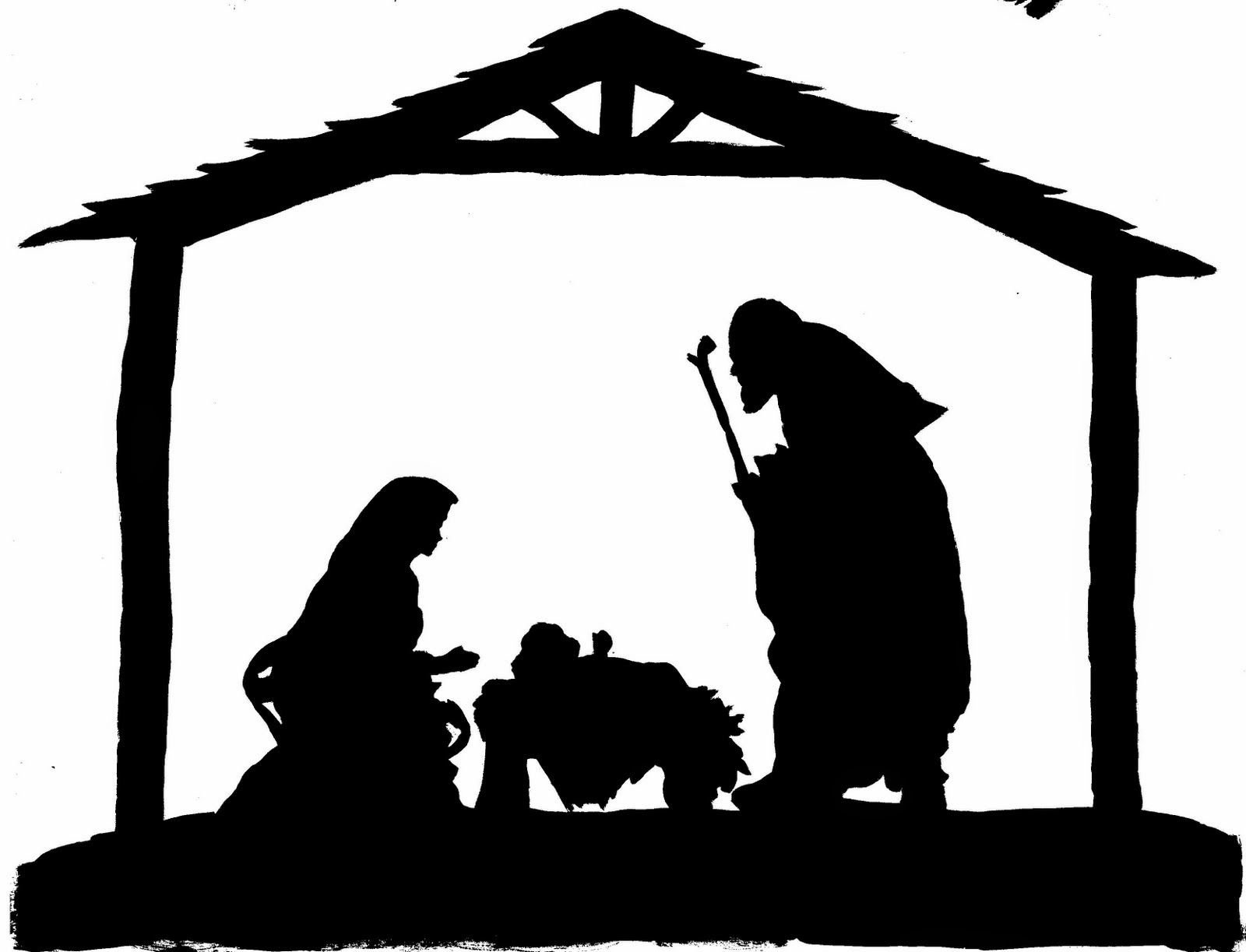 "Tidings of Comfort and Joy"

All are welcome
Free to the public 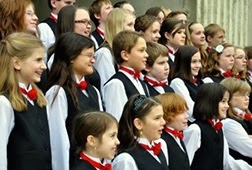 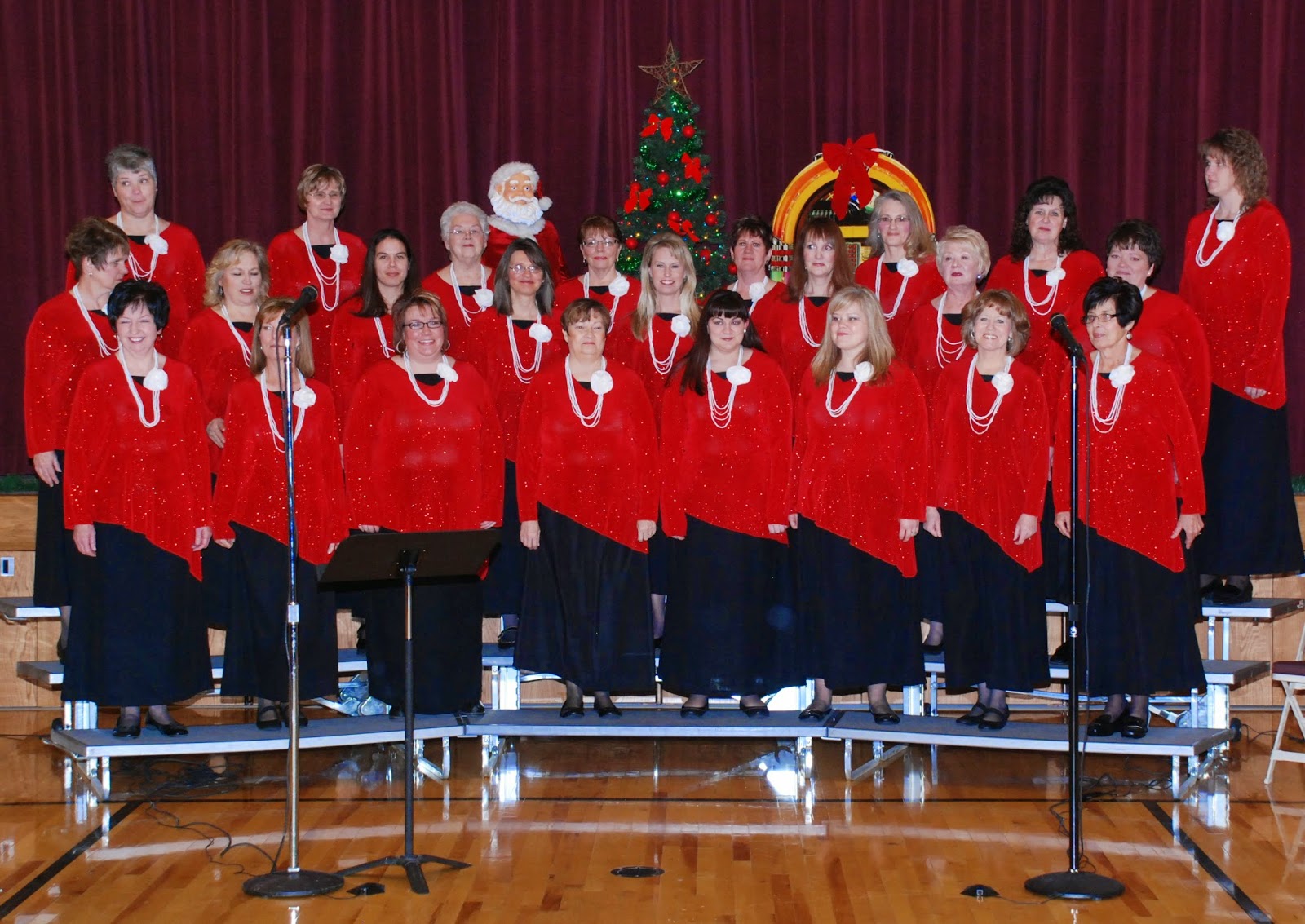 Reflections of Bear River Valley will present a wide variety of musical types and styles which offers a rich diversity of listening pleasure.  The program will include Were You There On That Christmas Night?; Bring A Torch, Jeannette Isabella; Who Would Have Thought?; A Nativity Carol; A Festive Fa La La; Sending You A Little Christmas; Bidi Bom; Running To The Manger; Balulalow; Come Join The Angels Singing; and Hush!.  Also, smaller groups within the chorus will perform It’s The Most Wonderful Time of the Year; Calypso Christmas; and Sleigh Ride.

Reflections of Bear River Valley, founded in 1975, will celebrate its 40th anniversary next year.  This talented group of 37 women, is led by Music Director Beth G. Lefgren who is engaged in a full season of Christmas performances.  Mary Beth McCombs, Beccy Hunsaker and Clarinda Wood will be supporting at the piano with Denese Tree and Michelle Martineau directing additional pieces.

As Reflections, they strive to benefit the lives of others and perform community service through the sharing of time, talents, and their love of music; giving individuals the opportunity to develop and refine their talents and abilities; fostering the bonds of sisterhood and grow together in harmony and purpose; experiencing the joy that comes from a performance well done; and expressing their love for the Lord who gives us this opportunity.

Every year Reflections presents two major concerts (Christmas and Summer) as well as performing for various church, community and civic associations.  They continue to perform annually for the Temple Square Christmas series and at the Welsh Festival in Malad, Idaho. In addition, Reflections has performed for Festival of Trees, Daughters of the Utah Pioneers, Utah Women’s Conference and other conferences.

Students from three Sky View High School choirs (Avenue, Bella Voce, and Encore) will sing holiday traditional carols such as Pat a Pan, Masters in this House, I Wonder as I Wander, and Still, Still, Still.  They will also bring an additional element of fun with some contemporary Holiday favorites--White Christmas, Happy Holiday, and Snow from the feature film, White Christmas, It's the Most Wonderful Time of the Year, and a Doo-Wop Christmas.  There are a few fun surprises in store as they sing Christmas novelty numbers, including "Twas the Night Before Christmas" and Steppin' out with Santa Claus. This program will be lots of fun for all ages!

“Voices of Christmas”
A group of performers will present “Voices of Christmas” which embraces many perspectives of Christmas: from starry eyed lovers to those far from home, those worshiping the birth of their Savior to individuals present that silent, holy night.  The program will include popular sacred classics, original compositions, and hits of stage and screen such as:  Medley, O Holy Night, Have Yourself a Merry Little Christmas, and other holiday favorites.

Performers include:
Nick Whitesides, a songwriter having written and arranged more than 500 original songs, 25 of which have been recorded professionally. He has co-written with two LDS artists and played for thousands of people. He was in the band “Double or Nothing” and is currently identified with a solo act entitled “Magnetic Romance."

Kimberly Roderick Maycock is a Registered Nurse with a passion for the performing arts. She has performed leading roles in musical theater productions as well as solo concerts in venues worldwide. Currently, she works as a Clinical Director for Haven Health Group and is producing her first solo album, “Streams of Mercy.”

Devin Davis has participated in choirs, orchestras, theater, and band.  He served as a Young Performing Missionary and in the Brass Band in Nauvoo, IL. Currently, he sings with the Latter Day Voices at the Logan Institute of Religion and is studying choral education at Utah State University.

Arianne Green Hellewell recently graduated from the Vocal Pedagogy program at Weber State University (WSU). She currently has her own studio where she teaches voice. She also teaches as an adjunct faculty member at WSU in the Musical Theater department.

Levente Medveczky was born and raised in Budapest, Hungary where he was invited to play numerous concerts both in solo and orchestral events nationwide. He’s currently enrolled as an Organ Performance student at Brigham Young University. 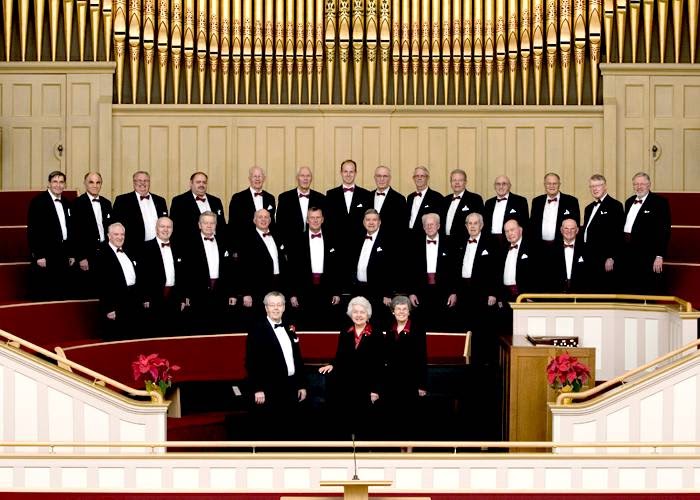 The Imperial Glee Club was founded with a charter of service and brotherhood in 1916 making it one of the oldest continuously performing men’s choruses in the United States.  Now in its 99th season of musical service to the community.  The club members live throughout Cache Valley and perform choral music in a wide genre including show tunes, pop, and holiday music, with an emphasis on patriotic and spiritual anthems.  The club annually touches hearts and lives in northern Utah and southern Idaho with concerts in a wide variety of business, civic, church, service, and charitable venues.

Under the direction of Warren Barton and Craig Mortensen, with accompanists Janice Siggard and Debbie Caldwell, the club is dedicated to fostering four-part male choral music and meets one night each week for rehearsal.

The club accepts invitations to sing at many venues annually.  Most recent highlights include concerts at the Assembly Hall on Temple Square in Salt Lake City, Summer Citizen’s concert at the Eccles Conference Center on the Utah State University campus, Latter Day Saint and St. John’s Episcopal church worship services, and joint concerts with the Magic Philharmonic orchestra in the LDS Tabernacle, in Logan, and at the King Concert Hall in Burley, Idaho.

The club has a rich history which includes performing at a regional Rotary Club conference in Seattle, Washington in 1928.  The club performed minstrel shows at the Capital Theatre during the WWII years, under the direction of Dr. Walter Welti.  Other past club directors include such renowned names as William Ramsey, Arthur Olsen and Hans Mussler.

Tuba Christmas
This year marks the 41st anniversary for TUBACHRISTMAS concerts/events which are presented throughout the world.  Tuba and baritone/euphonium players of all ages, skill levels, and from all walks of life gather to play Christmas music arranged specifically for their instruments.

TUBACHRISTMAS was conceived in 1974 by Harvey Phillips as a tribute to his teacher and mentor William J. Bell, born on Christmas Day, 1902.  These concerts reflect on our heritage and honor all great artists/teachers whose legacy has given us high performance standards, well structured pedagogy, professional integrity, personal values and a camaraderie envied by all other instrumentalists.

Posted by tabernacleconcerts@gmail.com at 10:29 PM