Week ONE at the Logan Tabernacle SUMMER NOON MUSIC SERIES

You can view or print Summer Noon Music Series schedules from your computer by clicking the first line under NOTICES on the right.  You can also click on the Names in RED for more information and/or websites.
Monday, June 3
USU Women Faculty Voices

Highlights from the operas of Gilbert and Sullivan will be presented by  USU voice adjunct faculty Susan Haderlie, Liesel Fedkenheuer, and Dana Slabaugh.  Student and community performers joining them are Eric Brown, Otto Puhlmann, Tomsen Reed, and  Ashley Tolman with Merrilee Broadbent at the piano. The narrator will be Margaret Purser, an adjunct voice faculty.  Susan Haderlie has performed with opera and stage companies throughout the U.S. She is an honor graduate of Centenary College of Louisiana.  Liesel Fedkenheuer received her Vocal Performance degree from the University of Toronto and completed postgraduate work at the University of Toronto's Opera School.  Dana Slabaugh received her Master's of Music from the University of Utah. She has performed at many Utah venues. Merrilee Broadbent has accompanied musical, oratorios, operas, choirs, soloists, and ensembles. She currently accompanies the Cache Children's elite choir. 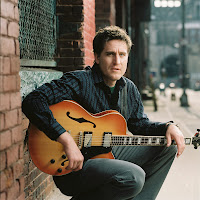 Corey Christiansen is becoming recognized as one of the world’s preeminent guitarists and educators. Corey teaches at Utah State University and the famed Jacobs School of Music at Indiana University. He is also an artist-in-residence at Atlanta Institute of Music (Atlanta, GA), and Broadway Music School (Denver, CO).  Corey has authored or co-authored over 70 method books and projects for Mel Bay Publications and has written many articles for many of the major guitar magazines in North America and Downbeat Magazine. Corey’s first CD, “Awakening”, was released on Mel Bay Records in 2004 and received critical acclaim throughout the jazz community. His first DVD performance , “Vic Juris & Corey Christiansen: Live at the Smithsonian Jazz Café”, was released in July 2006.

Wednesday, June 5    Northern Utah Flute Quartet
The Northern Utah Flute Quartet has been playing together for over 5 years.   The performers are:  Sherry B. Bingham of Honeyville, Margie Halling of Brigham City, Tara P. Stander of Tremonton, and Angela Millsap of Honeyville.  Their performances have been heard at the Governor’s Mansion, Temple Square, the Brigham City Tabernacle and many other venues.

Mountain Crest HS Young Artists
The Mountain Crest High School students have the opportunity to compete each Spring in the  “Young Artist Cup” which is a privately sponsored music competition intended to encourage excellence in music and afford the students an opportunity to showcase their talents by performing publicly. This year ten students were awarded with cash and trophies in six categories: Piano, Female Vocal, Male Vocal, String, and Brass/Wind/Percussion. 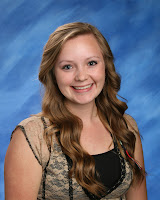 Tiffany Lemon (placed 1st in female vocal)
and just finished her junior year at Mountain Crest.  She’s been taking voice lessons from Debbie Ditton for 4 years, and has loved getting to find her classical voice.  She is still deciding on future plans, but is considering becoming an Aggie, majoring in secondary education with a minor in vocal performance. 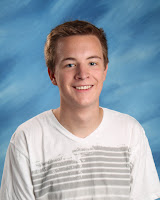 Andrew Johnson (placed 1st in strings) just finished his sophomore year at Mountain Crest High School. He has grown to love classical music; His love for the violin takes him to Salt Lake City every Saturday where he participates in the Utah Youth Symphony.  He played with the renowned Tacoma Youth Symphony in Washington for four years.  Andrew enjoys performing at weddings, social gatherings, church and in care centers.  Andrew loves playing tennis and just completed a successful season with the Mountain Crest team where he and his doubles partner participated in the state tournament 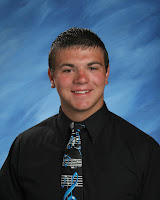 Troy Irish (placed 2nd in brass/wind/percussion)
joined band in sixth grade. His passion for percussion has led him to an excellent scholarship at the University of Utah, where has already earned himself a spot on the drumline as snare drummer.  He will begin his schooling career as a music major this fall. 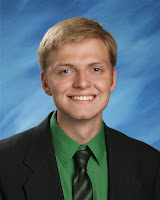 Joel Fronk (placed 1st in male vocal) is the seventh of thirteen children.  He has always enjoyed singing, participating in church and school choirs as well as singing with his family. Joel has performed in many stage productions and makes animated short films in his spare time.  He is graduating from Mountain Crest as a Valedictorian and will be serving a mission for the LDS Church in Seoul, Korea in July. 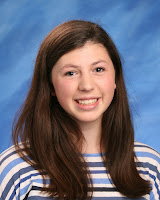 Emily Fielding (placed 2nd in piano) just finished her junior year at Mountain Crest High School.  She has been taking piano lessons for 12 years from Ginger Cannon and Nancy Jenson. Emilee played in the Northern Utah Youth Symphony for one year and enjoys playing the organ for church meetings.  She likes hiking, studying history, and doing things with her friends. 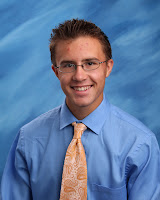 Brennan Baer (placed 1st in brass/wind/percussion) just graduated from Mountain Crest High School, where he was chosen as Sterling Scholar in music.  He has played the piano for twelve years, the trumpet for six years, and is currently teaching himself to play the harmonica.  Brennan was section leader in the Mountain Crest Marching band,and played in the MCHS Jazz Band, the 2013 Utah All State Band, and Cache Honors Orchestra.  He sings with the MCHS chamber and A Capella choirs, Brennan has accepted a call to serve in the Singapore mission for the LDS Church speaking Mandarin Chinese in August and when he returns will attend USU. 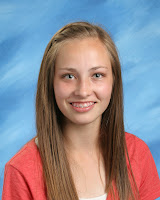 Sarah Whitney (placed 3rd in strings)  just finished her sophomore year at Mountain Crest High School.  Sarah began her music studies at age four on the piano and then began playing the cello in 4th grade.  Currently she is the student of Patty Bartholomew. Sarah enjoys music of all kinds and has recently taken up the guitar.  Her hobbies include playing the piano, singing, reading, and anything Harry Potter. 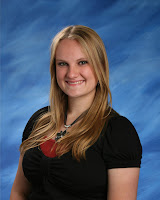 Heather Leonhardt (placed 2nd in female vocal)  just graduated from Mountain Crest High School. She got serious  about  singing  four years ago when she began taking lessons from Debbie Ditton.  She has participated in many choirs, musicals and solo competitions.  She especially loves performing in front of a live audience and making people feel the emotions that come with music. She is grateful to her parents and mentors who have made her music dream a reality.

Josh Musselman (placed 1st in piano) has received awards for piano competitions, including the Utah State University Piano Festival and the Young Artist Cup.  He has played for the Utah Arts Festival and will this summer.Josh currently studies piano under Professors Gary Amano and Dennis Hirst at Utah State. He also enjoys singing with the American Festival Chorus. Josh hopes to study music composition at the Julliard School of Music. Josh's other interests include mountain biking, cooking, mathematics, and ballroom dancing. 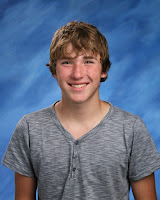 Jake Barrett (placed 2nd in male vocal)
I have been playing tuba and guitar for 5 years, and singing since I can remember. I've always known I wanted play music, but I never knew I would want to make it my entire life. When I was little I was always told I had a good voice but I never really thought too much of it. I also like pina coladas, and getting caught in the rain.


"Musical Moments" with the Broadbents

The Concert and Lecture Series is sponsored by  Cache Community Connections and is sponsored in part by the RAPZ TAX and the Cache Valley Radio Group .  The Church of Jesus Christ of Latter-day Saints allows free use of the tabernacle.